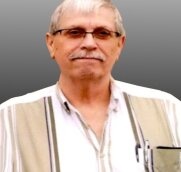 William August Krummel III was born January 3, 1949 in Joplin, MO the son of William A. II and Ruth Elizabeth (Scheffler) Krummel. Bill was a lifelong Seneca Area resident. He owned and operated the Seneca Dairy Queen for 38 years. Bill loved to collect coins and to watch St. Louis Cardinal Baseball. He loved his grandchildren and loved spending time mentoring them. Bill had established a large extended family over the years starting with those who worked for him at Dairy Queen.

Bill was preceded in death by his parents, William A. and Ruth E.; sister Billie Ruth Verkler and husband Billy.

The family will receive friends from 6 to 7 pm, Thursday, November 7, 2019 at the Campbell-Biddlecome Funeral Home, Seneca, MO.

Funeral services will be held at 2 pm, Friday, November 8, 2019 at the Seneca Church of Christ with Jake King and Josh Dodson officiating. The body will be taken for cremation following the service.
To order memorial trees or send flowers to the family in memory of William (Bill) Krummel, please visit our flower store.

Following the service the body will be taken for creamtion