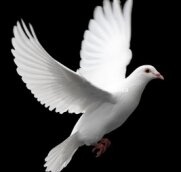 Whitford “Don” Rodrock, 73, of rural Seneca, MO., passed away, February 23, 2019, after suffering a massive stroke in July, 2017, followed by several other serious health problems. Donnie was born July 14, 1945, in Iola, Ks. the third child of Whitford E. and Maxine (Thomas) Rodrock. He was preceded in death by his parents, his wife, Jane, and infant son, Sean. He is survived by his daughter, Sha Marie Swim and husband, Mark, of Tulsa, and son Shawn Rodrock, of rural Seneca; sisters Beverly King, of Seneca, Barbara Casebolt and husband Gene, of Grove, Ok, and brother Darol Rodrock of Overland Park, Ks.; grandchildren and nieces and nephews.
Campbell-Biddlecome Funeral Home is entrusted for the cremation. There are no services planned.
To order memorial trees or send flowers to the family in memory of Whitford Don Rodrock, please visit our flower store.