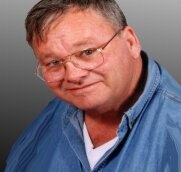 Wesley W. Jones Sr, 66, Neosho, MO, passed into eternal rest December 23, 2019 at his home in rural Neosho after an illness.

Wesley Wayne Jones was born June 25, 1953 in Reith, OR the son of Clyde and Margie (Brittle) Jones. Wesley served his country in the United States Marine Corps during the Viet Nam War. Wesley had lived in rural Neosho the last 20 years. He was an overland truckdriver and had formerly worked for Ryder and Koch Trucking Companies. He ran the Helping Hands Food Pantry in Neosho and was a member of Spring City Baptist Church. Wes loved Fishing, hunting squirrels with his grandchildren, s12345pending the holidays with his family, his dogs and grand dogs. He specially loved spending time setting on the porch at his house enjoying God’s creations.

The family will receive friends from 1 to 2pm, Saturday, December 28, 2019 at the Spring City Baptist Church. Funeral services will be held at 2:00 PM following the visitation with Pastor John Mitchell officiating. Burial will be at the Burkhart Cemetery in Racine, MO.

In lieu of flowers memorial contributions can be made to the Spring City Baptist Church Building Fund in care of the Campbell-Biddlecome Funeral Home PO Box 380, Seneca, MO 64865

Arrangements under the personal direction of Campbell-Biddlecome Funeral Home, Seneca, MO.
To order memorial trees or send flowers to the family in memory of Wesley Jones, please visit our flower store.