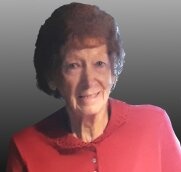 Virginia Mae Chester was born December 29, 1929 in Seneca, MO the daughter of Arthur and Sarah (Sadie Rinehart) Chester. Virginia was a lifelong area resident. She had worked for US Metal until retiring in 1992 and then went to work as a cook for the Westview C6 School District. Virginia loved gardening and her family.

Virginia Mae Chester married Jason Tice in Seneca, MO in 1950 and he preceded her in death in 2002.

To order memorial trees or send flowers to the family in memory of Virginia Tice, please visit our flower store.