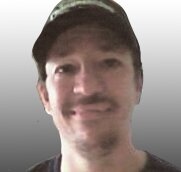 Stephen Doyle Backus Jr. was born May 25, 1968 in Portland, OR the son of Stephen D. Backus Sr. and Viola M. (Snow) Backus. He moved to the area in 2011. Stephen enjoyed being at the ocean, water skiing and being outdoors. Stephen owned and operated Across Town Movers in Portland, OR. He attended the Church of Christ.

The body has been taken for cremation. Friends may come to the funeral home Saturday, May 23, 2020 from 10 to 2pm to sign the guest book. Arrangements under the direction of Campbell-Biddlecome Funeral Home, Seneca, MO.
To order memorial trees or send flowers to the family in memory of Stephen Backus, please visit our flower store.