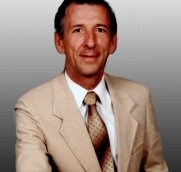 Stanley Eugene Wilson was born November 9, 1941 in Joplin, MO the son of William and Martha (Mailes) Wilson. Stanley was a lifelong area resident, and he was a 1959 graduate of Seneca High School. Stanley was a lifelong member of the Seneca Church of Christ. He was a Elder for over 20 years. Stanley formerly worked at the former Milnot plant in Seneca, MO. He retired from Rocket Dyne / Teladyne in 2008 in after working 46 years. Stanley loved gardening, Jack Russell Terriers, being with his family and taking care of his cattle.

Graveside services under the direction of Campbell-Biddlecome Funeral Home, Seneca, will be held at 10am, Saturday, August 14, 2021 at the Ragan Cemetery east of Seneca with Jake King officiating. Pallbearers will be Trent Wilson, Seth Wilson, Jake Hurley, Seth Wilson, Jeremiah Wilson and Caleb Wilson serving as pallbearers. Honorary pallbearers will be Sam Woolsey and Ronnie Green.

The family will hold a visitation from 6 to 7 pm, Saturday, August 14, 2021 at the Seneca Church of Christ.

To order memorial trees or send flowers to the family in memory of Stanley Wilson, please visit our flower store.