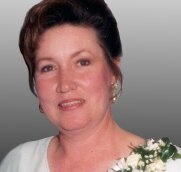 Shirley June Stilley was born November 1, 1947 in Eureka Springs, AR the daughter of McClory and Myrtle (Johnigan) Stilley. Shirley was a homemaker and formerly worked for South Western Bell. She loved her family and was a giving person. Shirley was a veteran who served her country in the United States Navy and proudly served in Operation Desert Storm, she was a long-time member of the East Side Baptist Church family.

Shirley was preceded in death by her parents and three siblings.

A private family graveside service was held 2:00pm, April 24, 2020 at the Seneca Cemetery under the direction of Campbell-Biddlecome Funeral Home, Seneca, MO. In lieu of flowers the family has requested that memorial contributions to be made to East Side Baptist Church in care of the Campbell-Biddlecome Funeral Home PO Box 380, Seneca, MO 64865. Memorial contributions will be used for several organizations which were dear to Shirley’s heart.

Click on the bottom right corner of video to enlarge
To order memorial trees or send flowers to the family in memory of Shirley Palmer, please visit our flower store.