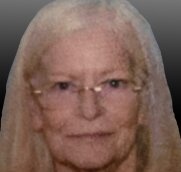 Sheryl Lynn Wescott was born August 26, 1954 in Seneca, MO the daughter of Jack Lee and Betty Joann (Plummer) Wescott. Sherry was a proud cheerleader and 1973 graduate of Seneca High School. She loved playing golf with her mother, enjoyed scrabble, words with friends, cooking, fashion and reading. Sherry worked 20 years for Dr. Kilbane in Joplin and then worked for the Joplin R8 School District as a bus driver. She then went to work as the Secretary for the buildings and grounds for the R8 School District until she retired. Sheryl was of the Christian faith and was joyfully baptized November 5, 2019 by her grandson who is studying for a life of ministry.

Sheryl was preceded in death by her parents and one brother Jack “Buddy” Lee Wescott.

The body has been taken for cremation under the direction of Campbell-Biddlecome Funeral Home, Seneca, MO. Memorial services will be held at later date.
To order memorial trees or send flowers to the family in memory of Sheryl Wescott - Rimar, please visit our flower store.