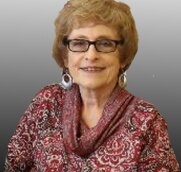 Sandra S. Hall was born June 24, 1942 in Miami, OK the daughter of William J. and Minnie D. (Wiles) Hall. Sandy was a graduate of Wyandotte High School. She received a associates degree from NEO in Miami, OK. Sandy worked for American Tripoli in Seneca, MO as an Export Supervisor for 38 years, retiring in 1999. Sandy also was a secretary for Seneca Christian Church for many years. She loved visiting with people, traveling all over the world and taking care of her great-granddaughters. Sandy was a 50-year member of the Eastern Star and a faithful member of the Seneca Christian Church. Sandy will be missed by her family, her church family her friends and her community.

Sandy was preceded in death by her parents William and Minnie and one brother Ervin Hall.


Friends may view at the Campbell-Biddlecome Funeral Home starting at 11:00am, Wednesday, March 10, 2021.

Funeral services will be held at 10:00, Thursday, March 11, 2021 at the Seneca Christian Church with Joshua Frakes officiating. Burial will be in the Seneca Cemetery with Rob Higginbotham, Doug Lawson, Lynn Ragsdale, Richard Lux, Sean Kelley and Sam Wohlenhaus serving as pallbearers.

In lieu of flowers memorial contributions can be made to the Seneca Christian Church in care of the Campbell-Biddlecome Funeral Home, PO Box 380 Seneca, Mo 64865.
____
To order memorial trees or send flowers to the family in memory of Sandra Bennett, please visit our flower store.