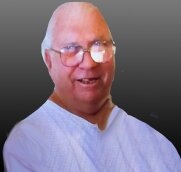 Russell James Anderson was born May 29, 1945 in McClure, Ohio the son of James and Josephine Anderson. Russell loved to fish, camp, being outdoors, working with his hands, gardening and playing in the dirt. Russell worked for the former BF Goodrich Plant in Miami, OK and the Former Talbot Wire in Neosho, MO. He also formerly worked at Missouri Steel. Russell was a member of the Seneca First Baptist Church.

Russell was preceded in death by his parents, James and Josephine Anderson and siblings, Jerry George, Melvin, Joe and Josephine.

The body has been taken for cremation under the personal direction of Campbell-Biddlecome Funeral Home Seneca, MO. A private memorial services will be at a later date.
To order memorial trees or send flowers to the family in memory of Russell Anderson, please visit our flower store.