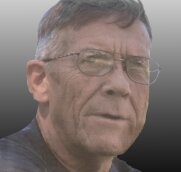 Roy Daniel McClure Jr. was born August 20, 1947 in Muskogee, OK the son of Roy and Norma Jean (Brewer) McClure. Dan as he was called by his family and friends, was a lifelong area resident. Dan was a 1965 graduate of Miami High School. Dan Honorably served his country in the US Navy from 1966-1969. He loved to play golf, go fishing, being outdoors, taking care of his cattle, farming and especially spending time with his family. Dan formerly worked as a meat cutter for Safeway in Miami, OK. He also worked for the former Milnot Plant in Seneca for 13 years retiring in 2014.

The family will receive friends from 6 to 7 pm, Monday, July 12, 2021 at the Campbell-Biddlecome Funeral Home, Seneca.

Funeral services will be held at 10am, Tuesday, July 13, 2021 at the Campbell-Biddlecome Funeral Home with Pastor Don Childers officiating. Burial will be in the Hickory Grove Cemetery with Kenneth McClure, Sonny McClure, Stacen Wright, Dusty McClure, Bill Oxford and Daniel McClure serving as pallbearer. Honorary pallbearer will be Kenny Martin.

____
To order memorial trees or send flowers to the family in memory of Roy (Dan) McClure, please visit our flower store.