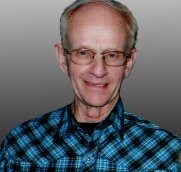 Raymond Jerome Wilson, 74, Wyandotte, OK, passed into eternal rest at his home after a illness January 16, 2021.

Raymond Jerome Wilson was born November 5, 1946 in Batavia, NY the son of Kenneth L. and Ada M. (Eighmey) Wilson. Raymond served in the US Air Force from 1964 -1969. He graduated from Cornell University and the New York State University at Alfred. Raymond loved to work. He had been in the HVAC and Electrical business for over 42 years. He owned and operated NEO Air Docs LLC. Raymond was a member of the Ottawa Indian Baptist Church, Wyandotte, where he served as deacon since 1999.

Raymond was preceded in death by his parents Kenneth and Ada and one daughter, Kelly Wilson-Underwood.

The family will receive friends from 6 to 7 pm, Tuesday, January 19, 2021 at the Campbell-Biddlecome Funeral Home, Seneca, MO.

To order memorial trees or send flowers to the family in memory of Raymond Wilson, please visit our flower store.