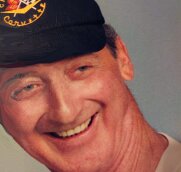 Paul Laverne Surridge was born July 5, 1943 in Neosho, MO the son of William Robert and Nellie Fern (Moreland) Surridge. Paul attended Wyandotte High School. He formerly worked for Roper Pontiac and the Seneca Post Office where he retired in May 0f 2007. Paul was a Mason, loved woodworking, fishing and he was a member of the Hottel Springs Church of Christ.

The body has been taken for cremation under the direction of Campbell-Biddlecome Funeral Home, Seneca, MO. A Celebration of Life Memorial Service will be held at 4:00pm, Sunday, January 3, 2021 at the Hottel Springs Church of Christ with Bob Hampton officiating.

In lieu of flowers memorial contributions can be made to the Hottel Springs Church of Christ in care of the Campbell-Biddlecome Funeral Home PO Box 380 Seneca, MO 64865.

Mask are recommended for those who attend the services.

To order memorial trees or send flowers to the family in memory of Paul Surridge, please visit our flower store.