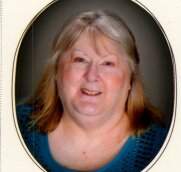 Patricia A. Caughron, 72, Seneca, MO passed away June 7, 2021 at her residence in Seneca after a sudden illness.

Patricia A. Crumpler was born March 11,1949 in New Carlisle, Ohio the daughter of Wesley and Lillie (McGee) Crumpler. She had a criminal justice degree from Missouri Southern State College. Patricia formerly was the General Manger for Best Value Inn in Joplin, MO. She was a member of RLDS Church in Neosho, MO. She enjoyed telling stories and studying history. Pat had a great love for animals and watching police shows including CSI.

The family will hold a celebration of Life Memorial Service at a later date.
__________
To order memorial trees or send flowers to the family in memory of Patricia Caughron, please visit our flower store.