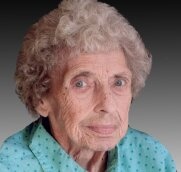 Norma L. Sparks, 87, Seneca, MO, passed away March 18, 2019 at the Seneca House Nursing Home after a long battle with cancer.

Norma Lee Johnston was born November 26, 1931 in Cushing, OK the daughter of Benjamin and Myrtle Johnston. Norma was a homemaker and a member of the First Baptist Church in Seneca, MO. Norma Lee Johnston married Clyde Sparks in the State of Arkansas and he preceded her in death.

Norma was preceded in death by her parents, her husband, one infant daughter Diana Sparks, her son-in-law R. Clay Wilson and seven siblings.

The family will receive friends from 6 to 7pm, Thursday, March 21, 2019 at the Campbell-Biddlecome Funeral Home, Seneca, MO

Graveside services will be held at 10:00am, March 22, 2019 at the Ozark Memorial Park Cemetery in Joplin, MO with Chaplin Danny Mullins officiating.

Funeral services under the personal direction of Campbell-Biddlecome Funeral Home, Seneca, MO.
To order memorial trees or send flowers to the family in memory of Norma Lee Sparks, please visit our flower store.