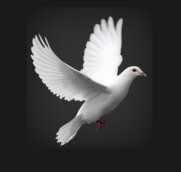 Ms. Cox is survived by her son John Cox of Broken Arrow, OK and daughter Christie Cox of Wagoner, OK and three grandchildren.

Ms. Cox returned to the area in 1972 from Scottsdale, AZ after retiring from a plumbing company that she was a Co-Owner of.

Ms. Cox wishes was to have a private burial in the Fairview Cemetery in South West Cemetery.

Arrangements under the direction of Campbell-Biddlecome Funeral Home, Seneca, MO.
To order memorial trees or send flowers to the family in memory of Mona Cox, please visit our flower store.