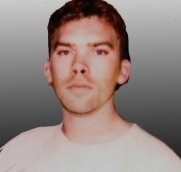 Michael Eugene Blizzard was born January 10, 1971 in Miami, OK. Michael was a member of the Eastern Shawnee Tribe of Oklahoma and was a farmer.

The family here will hold a memorial service 6:00 pm Friday, June 15, 2019 at the Sandy Captain Building located on the tribal grounds of the Eastern Shawnee Tribe of Oklahoma.
To order memorial trees or send flowers to the family in memory of Michael Blizzard, please visit our flower store.

Services will be held in the Sandy Captan Building