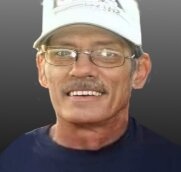 Marvin was preceded in death by his father Marvin Head SR. and two brothers, Jim Head and Cecil Head.

Marvin had a passion for being a pressman which allowed him to travel up and down the east coast installing and maintaining large printing presses. This also allowed him to work for different newspapers until he gave it up to come home to work for Milnot in Seneca, Missouri until he retired in 2007.

Marvin loved his family and his grandchildren. When Marvin became a Papa and they became his world. The joy he felt from having his grandchildren around was something that could never be replaced. They were his pride and joy. He loved them to the moon and back and nothing they did could stop him from spoiling them.

Marvin enjoyed collecting and working on classic trucks, Nascar racing and most of all being at home raising pigs, and cattle and having the time of his life spoiling his three dogs. Marvin loved his life and enjoyed being back home in the country where he was at peace.

The body has been taken for cremation under the personal direction of Campbell-Biddlecome Funeral Home, Seneca, MO.
To order memorial trees or send flowers to the family in memory of Marvin Head Jr., please visit our flower store.