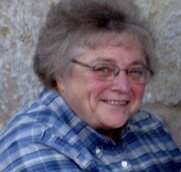 Martha Elizabeth Hoff was born November 29 1948 in Joplin, MO the daughter of Charles J. and Lena O. (Harrison) Hoff. Martha graduate from Seneca High School, she then went to Missouri Southern and then received her Master’s Degree at Pittsburg State. Martha served on the Board of Director for the Seneca Food Pantry, Farmers Feeding Neighbors and was a member of the St. Mary’s Catholic Church Rosary Group. She taught for 20 years at the former Field Elementary School in Neosho and then taught at Benton Elementary until her retirement.
Martha helped her husband with Jim Graham’s Auction Service for years. She loved her dogs her family and visiting with people in her community. Martha was a member of the St. Mary’s Catholic Church. She loved her church and if the doors where open she was there.

Martha was preceded in death by one grandson, Travis Thiesen; one brother, Charles William Hoff and one sister, Mary Kathleen Webb.

Rosary services will be held at 5:30pm, Tuesday, January 5, 2021 at the Campbell-Biddlecome Funeral Home with visitation following.

To order memorial trees or send flowers to the family in memory of Martha (Hoff) Graham, please visit our flower store.

Rosary Services will start at 5:30pm with visitation following