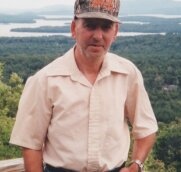 Marion Leroy Stegall was born March 9, 1945 in Seneca, MO. Marion was a 1964 Seneca High School graduate. He had worked for the former Brady’s Drug Store, the former Hukill Furniture Store and many years for John Richard Dragoo where he assisted in many types of carpentry, electrical and plumbing jobs. Marion also had a lawn mowing business in Seneca for years.

Marion was preceded in death by his mother, Margaret Stegall and his sister Alma Sapp.

Survivors include one sister, Ruth Kinghorn and husband Donald, Francestown, NH and a host of nieces and nephews and friends.

A Celebration of Life Memorial service will be held 11:00 AM, Friday, June 7, 2019 at the Warren’s Branch Baptist Church.
To order memorial trees or send flowers to the family in memory of Marion L. Stegall, please visit our flower store.