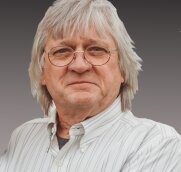 Louis was born on October 16th, 1953 in Joplin, MO to Eugene and Maxine Patton. Louis was raised in Seneca, MO where he graduated high school. After high school, Louis worked helping friends in garages and on farms. He married Paula on August 6th, 1982. After they were married, Louis began working as an insulator for The Union in 1982 and that's where he worked until he retired in 2018. Louis and Paula were blessed with two children, Tiffani and Tyler. Louis was an avid handyman. He was always working on a car or tinkering with something in his shop. He also always kept a pristine yard and often spent his evenings on the tractor or mower. If he wasn't doing one of those things, you could catch him at the local auto store. Louis never met a stranger and always put others before himself. It wasn't uncommon for a friend or family member to pull in the driveway unannounced needing help with their car or motorcycle and Louis would drop what he was doing to help. He truly was always a phone call away. Louis enjoyed a good road trip with a camper in tow. He was always planning where he'd like to visit next. He loved spending time with his grandchildren in retirement. He especially loved when his granddaughter Harper would come spend a few days with them. Louis had a huge impact on so many lives. He is so loved and will be so, so missed.

He is preceded in death by his parents, Eugene and Maxine Patton.

The family will receive friends from 1 to 2 pm, Saturday, July 9, 2022 at the Seneca Christian Church with funeral services following at 2:00 pm with John Rutledge officiating. Burial will be in the Hornet Cemetery with Adam Bell, Josh Day, Cody Childers, Carl Patton, Tyler Patton and Tom Patton serving as pallbearers.
To order memorial trees or send flowers to the family in memory of Louis "DooDaa" Patton, please visit our flower store.