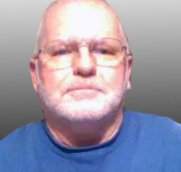 Lonnie Martin Bomstad was born October 25, 1954 in Kenmare, ND the son of. Loren and Eleanor (Schweitzer) Bomstad. Lonnie formerly lived in Tulsa, OK where he worked at the Wastewater Treatment plant for the City of Tulsa. Lonnie retired after 33 ½ years with the City of Tulsa. After retiring he moved to rural Seneca in October 2010. Lonnie loved spending time with his family epically his grandchildren. Lonnie enjoyed playing his guitar, playing drums and fishing. Lonnie was a Christian.

Additional survivors include one son Blake Bomstad and wife Megan, Neosho and two grandchildren Landon and Lucy Bomstad and a host of friends.

Lonnie was preceded in death by his parents Loren and Eleanor Bomstad; two sisters, Lenora Kinch and Debra Canady.

The body has been taken for cremation under the personal direction of Campbell-Biddlecome Funeral Home, Seneca, MO. The family will hold a private memorial service at a later date.