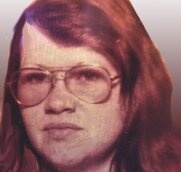 Linda was preceded in death by her Mother and Father, her husband Gearld Bever, two sisters, Lena Greenway and Sharon Wilson and one brother, Harold Hembree.

The body has been taken for cremation under the direction of Campbell-Biddlecome Funeral Home, Seneca, MO. No services are planed at this time.
To order memorial trees or send flowers to the family in memory of Linda G. Bever, please visit our flower store.