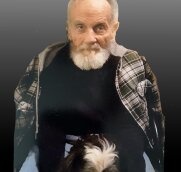 In 1957 he made a lifetime commitment to Mabel 'Lorene' Lowery who past from this earth in February of 2021.

The family will receive friends from 6 to 7pm, Friday, September 10, 2021 at the Campbell-Biddlecome Funeral Home.

Funeral services will be held at 10:00 am, Saturday, September 11, 2021 at the Campbell-Biddlecome Funeral Home Seneca, MO.

Private burial will be in the Seneca Cemetery.

In lieu of flowers memorial contributions can be made to the Alzheimer's Association http//act.alz.org/goto/LeonWatts
To order memorial trees or send flowers to the family in memory of Lester "Leon" Watts, please visit our flower store.