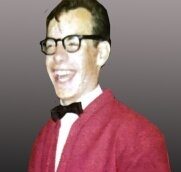 Les was a jack of all trades. He formerly worked in the automotive field, agricultural and steel industries as well as selling insurance. He also owned his own catering business, BBQ restaurants, and construction company throughout Ohio, Arizona, Colorado, and Missouri. In 1995 he moved back to Neosho, MO. He loved cars, cooking, and baking, and using his hands. Leslie was of the Assembly of God Faith.

A Celebration of Life Memorial Service will be held at 2:00 pm, Thursday, December 9, 2021, at the Campbell-Biddlecome Funeral Home with Chaplin Roger Flint officiating.

To order memorial trees or send flowers to the family in memory of Leslie Charles Barnes, please visit our flower store.