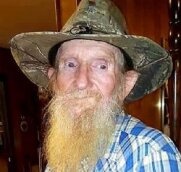 Lawrence was a retired Master Sergeant in the U.S. Air Force.

He was preceded in death by his parents Lawrence and Edith Green and his brother Charles Green.

His wishes were for no memorial or service, but donations please be made to Wounded Warriors, P.O. Box 758516, Topeka, Kansas 66675-8516, or Brazos Valley Hospice, 1048 N. Jefferson St., La Grange, TX 78945.
To order memorial trees or send flowers to the family in memory of Lawrence LJ Green, please visit our flower store.