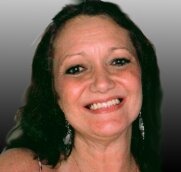 Lavonda Darlene Poor, 59, Racine, MO passed away May 12, 2021 at Mercy Hospital in Joplin, MO after an illness.

Lavonda Darlene Young was born June 1, 1961 in Alexandria, LA the daughter of Robert and Marcella (Kelems) Young. She was a homemaker who raised three boys. She loved cats and animals in general. Darlene married Tom Poor and they were married for over forty years.

The body has been taken for cremation under the direction of Campbell-Biddlecome Funeral Home, Seneca, MO.
_________
To order memorial trees or send flowers to the family in memory of Lavonda Darlene Poor, please visit our flower store.