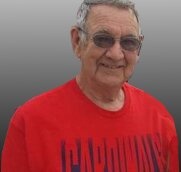 Larry Wayne Kuhn was born December 7, 1939 in Seneca, MO the son of Thomas (Gus) Kuhn and Helen (Bettis) Kuhn. Butch as he was known around the area had lived on the same property in rural Seneca over 50 years. He worked for the former BF Goodrich plant in Miami, OK. He then went to work at Joplin Building Material until he retired in 2002. He was a Navy Veteran serving from 1963 to 1965. Butch loved spending time with his grandchildren, running his chainsaw, working in the yard, watching the St. Louis Cardinals and working with his hands, on woodworking projects. Butch was a member of the Joplin Road Runners for 26 years and he was a member of the Bethel Baptist Church, Seneca, MO.

Larry was preceded in death by his parents Thomas (Gus) and Helen Kuhn; one infant brother Morris Gale Kuhn; one grandson, Caleb Kuhn and one brother-in-law Leslie (Lad) Davis.

The body has been taken for cremation under the direction of Campbell-Biddlecome Funeral Home, Seneca, MO. The family held a private graveside service at the Kirk Cemetery North of Seneca, August 26, 2019 at 1:00 pm..
To order memorial trees or send flowers to the family in memory of Larry W. "Butch" Kuhn, please visit our flower store.