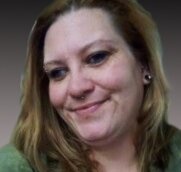 Kristina Diane Rasbury was born February 6, 1981 in San Francisco, CA the daughter of Bill and Kerri (Guthrie) Rasbury. Tina as she was called by her family and friends, had lived in the area for the last 20 years. She loved her dog “Budders” and loved spending time with him. She loved spending time with friends and eating out at the different restaurants. Tina worked many years in the home health care. She cared for people with disabilities and the elderly. She was a licensed foster parent to troubled teen girls. She also fostered rescue dogs for Rescue One in Springfield. Tina was of the Christian faith.

To order memorial trees or send flowers to the family in memory of Kristina "Tina" Rasbury, please visit our flower store.