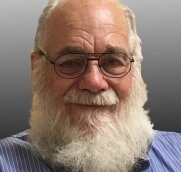 Kenneth James VanDenburgh, ”Kenny” 70, Seneca, MO formerly of Wichita, KS passed into eternal rest May 24, 2021 at his home in Seneca after a long battle with Alzheimer’s and Parkinson’s Disease.

Kenny was born July 6, 1950 in Laporte, IN the son of Kenneth Joseph and Thelma Juanita VanDenburgh. Kenny served his country in the US Army. He owned and operated A New Dawn Plumbing Service in Wichita, KS. He loved to joke around and loved to give waitresses a hard time. He was a funny caring man and a great father. Kenneth loved riding horses, fishing and watching Westerns. He had a passion for photography. He loved his family and will be greatly missed.

Kenny is survived by his wife Dawn Marie (Draper) VanDenburgh, whom he married October 28, 1999 in Wichita, KS

Kenny was preceded in death by his parents; Kenneth and Thelma Juanita VanDenburgh and his brother Bruce VanDenburgh.

The body was taken for cremation under the personal direction of Campbell-Biddlecome Funeral Home, Seneca, MO.

The family has requested that memorial contributions be made to Avalon Hospice, 2024 South Maiden Lane # 202, Joplin, MO 64804 for their dedication and spiritual guidance through his passing.
____________
To order memorial trees or send flowers to the family in memory of Kenneth "Kenny" VanDenburgh, please visit our flower store.