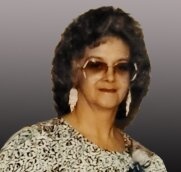 Judy was born June 1, 1942 in Wyandotte,OK to Lionel "Mustard" Golden and Lela Mae "Tootsie" Whitetree Golden. Judy was a member of the Seneca-Cayuga Tribe. She attended Rural #8 Elementary school and continued on to Wyandotte Jr high and graduated from Wyandotte High School. Judy also attended and graduated from Draugon's School of Business for Women in Tulsa, Oklahoma. Judy worked in banking from 1967 to 1988. Judy loved to sing, ws an avid reader, & her siamese cats. Her hobbies included stock-car racing, watching her grandchildren playing sports, dancing, and being an Eastern Star. She was a very wise & loving mother & grandmother.

Judy was preceded in death by her parents Lionel E Golden and Lela Mae Golden and one brother Doug Golden.

The body has been taken for cremation under the direction of Campbell-Biddlecome Funeral Home, Seneca, MO. There will be a Celebration of Life Memorial Service on April 7th at 6:00 P.M. to 8:00 P.M. at the Wyandotte Community Center in Wyandotte, OK.

To order memorial trees or send flowers to the family in memory of Judy Kuhn, please visit our flower store.

A Celebration of Life Visitation Service