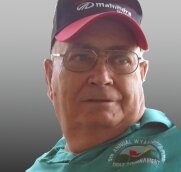 Pop’s as he was called by all who knew him had lived in Wyandotte over 27 years. He served on the Wyandotte City Council for 15 years. Pop’s also served on the Wyandotte Fire Department for 26 years and was still running fire calls at age 74. Pop’s loved serving his community, hunting, fishing, tinkering on cars and serving the community in many aspects. Pop’s worked at Newell Coach in North Miami, OK retiring in 2006. Joe was a member of the First Baptist Church of Wyandotte, OK.

The family will receive friends from 6 to 7 pm, Wednesday, December 1, 2021 at the Campbell-Biddlecome Funeral Home, Seneca, MO.

Funeral services under the personal direction of Campbell-Biddlecome Funeral Home Seneca, MO, will be held at 10:00 am, Thursday, December 2, 2021 at the First Baptist Church in Wyandotte, OK with Gary Rhodes and Christine Iannucilli officiating. Burial will be the Howard Cemetery with Phillip (Whitie) McBrein, Frank Geasland, Leon Crow, Randy Schlichting, Larry Lyons and Chris Turner serving as pallbearers. Firefighter rites will be held at the cemetery by the Quapaw Nation Honor Guard.

In lieu of flowers memorial contributions can be made to the Wyandotte Fire Department in care of the Campbell-Biddlecome Funeral Home, PO Box 380, Seneca, MO 64865.
To order memorial trees or send flowers to the family in memory of Joseph (Pop's) Francisco, please visit our flower store.