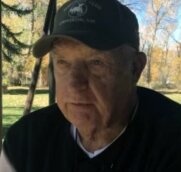 Johnnie was born October 30, 1943 in Claremore, OK, the son of Sam and Ruth Rhine. He was a 1961 graduate of Claremore-Sequoyah High School where he excelled in baseball and basketball. He attended Oklahoma Military Academy. Johnnie graduated from Northeastern State University where he earned both a Bachelor's and Master's Degree and later obtained his Administrator's certification from the University of Tulsa. He coached most of his career as the high school girls' basketball coach at his alma mater, Claremore-Sequoyah and also served as middle school principal. Johnnie later coached high school girls' basketball and volleyball at Seneca High School. He was a lifelong cattleman, raising registered Angus cattle most of his adult life. Johnnie was an avid coon hunter and deer hunter and loved anything outdoors. He was a huge St. Louis Cardinals fan and his life revolved around anything to do with the St. Louis Cardinals. He also loved the Oklahoma Sooners. He and Linda loved traveling, especially to the Rocky Mountains and Taos, New Mexico every year. He was 50 year member of the Masonic Lodge and attended Wayside Assembly of God.

Funeral services are under the direction of Campbell-Biddlecome Funeral Home, Seneca, MO and will be held at 2:00 pm, February 11, 2022 at the Wayside Assembly of God Church, Wyandotte, OK . Burial will be in the Olympus North Cemetery, Grove, OK.


The casket will remain closed at all times.

To order memorial trees or send flowers to the family in memory of Johnnie Rhine, please visit our flower store.