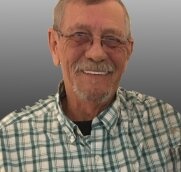 .
John L. Coddington, 68, Miami, OK passed away July 7, 2020 at Mercy Hospital in Joplin after a short battle with cancer.

John Louis Coddington was born November 23, 1951 in Lafayette, Indiana the son of Olin F. Coddington and Ruth F. (Hicks) Coddington. Johnny, as he was called by his family and friends, loved to watch TV, especially Westerns. He loved going to the Casino and motorcycles. Johnny served his country in US Army and was of the Baptist Faith.

The casket will remain closed at all times.

Graveside services under the direction of Campbell-Biddlecome Funeral Home, Seneca, MO, will be held at 10 am, July 14, 2020, at the Seneca Cemetery with Pastor Fred Mills Officiating.
To order memorial trees or send flowers to the family in memory of John L. Coddington, please visit our flower store.