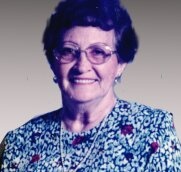 Jessie passed from this world on June 2, 2022. She will be residing with Jesus for the rest of time.

Jessie worked at Doorflex in Joplin, MO, Eagle Picher in Seneca, MO and for the Wyandotte Tribe, Wyandotte, OK. She attended Sycamore Chapel United Methodist Church in Wyandotte, OK for many years.

Graveside services under the personal direction of Campbell-Biddlecome Funeral Home, Seneca, MO will be held at 10:00 am, Monday, June 6, 2022 at the Seneca Cemetery.
To order memorial trees or send flowers to the family in memory of Jessie Winscott, please visit our flower store.