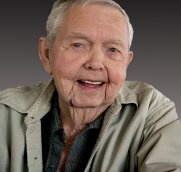 James E. Barlow was born June 15, 1935 in Lamar, MO the son of Fred and Cleo Tiller. Jim as he was called by his family and friends was a retired truck driver. He married Mary Anne Wallace October 19, 1981 and she preceded him in death August 29, 2014. He was also preceded in death by one son Timothy Barlow, his parents, two sisters, Ruth Crayne and Betty Gaskin.

The body has been taken for cremation under the direction of Campbell-Biddlecome Funeral Home, Seneca, MO. A private service will be held at a later date at the Thompson Grove Cemetery, south of Seneca, MO.
To order memorial trees or send flowers to the family in memory of James "Jim" Barlow, please visit our flower store.