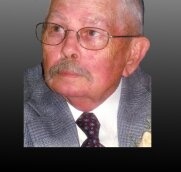 Henry was raised by his mother Mary and Elvin Howard Saylor. Henry served his country in the United Sates Army until his retirement in 1972 after 20 years of service. He was a member of the First Baptist Church in Wyandotte, OK. Henry was 32nd degree Mason of the Grove OK Masonic Lodge. He loved fishing, boating, hunting and being outdoors. Henry was the assistant song leader at the First Baptist Church in Wyandotte He enjoyed music, singing and playing the guitar. Henry loved to make people laugh.

Survivors include children; Roxanne Ryce and Robert Volk, Debra Jackson and Robert Rossiter, Samuel Ellis, Robert Ellis and Bonnie Neal; 10 grandchildren and 22 great-grandchildren with one great-great grandchild on the way

The family will receive friends from 6 to 7 pm Thursday, December 19, 2019 at the Campbell-Biddlecome Funeral Home, Seneca, MO.

Funeral services will be held at 10:00 am, Friday, December 20, 2019 at the First Baptist Church in Wyandotte with C.G. Gilmore officiating. Burial will be in the Wyandotte Cemetery with Jeff Bluejacket, Roy Gene Compton Jr, Mitch Nuckolls, Frank Hernandez, Leroy Howard and Jodi Fransico serving as pallbearers. Honorary pallbearers will be Grandchildren, Charlie Deibold , and the men of the Wyandotte First Baptist Sunday School Class.
To order memorial trees or send flowers to the family in memory of Henry R. Ellis, please visit our flower store.