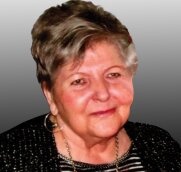 Heike was born September 1, 1941 in Hamburg Germany. She became a licensed beautician in Germany and worked there for a period of time. Heike became an US citizen and married Larry Manning. Heike then started her own beauty salon at her home in rural Anderson.

Heike was preceded in death by her parents, and one son, Mathew Wilk.

Arrangements under the direction of Campbell-Biddlecome Funeral Home Seneca, MO
To order memorial trees or send flowers to the family in memory of Heike Manning, please visit our flower store.