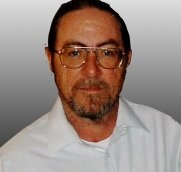 Gordon Joseph Whorton was born August 11, 1957 in Fort Smith, AR but was known in Paris AR. The most important thing in Gordon’s life was his wife and his children. He worked hard to provide for them and loved them with every ounce of love in his body. He was always happy, full of life and funny. Gordon served his country in the United States Army from 1979 until retiring in 2001.

Gordon was preceded in death by his parents and one son Willard Tellier.

The body has been taken for cremation under the direction of Campbell-Biddlecome Funeral Home, Seneca, MO. The family will hold a celebration of life service at a later date.
To order memorial trees or send flowers to the family in memory of Gordon Whorton, please visit our flower store.