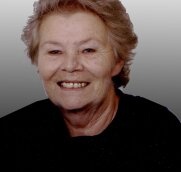 Georgia C. Macy was born September 2, 1938 in Wella Park Area the daughter of Virgil and Goldie (Rantz) Macy. Georgia formerly worked as a seamstress at Nysinger in Neosho and Millers in Joplin. Georgia also had worked for Oxford and for the former Bordertown Casino. Georgia was a Christian.

Georgia was preceded in death by her parents, Virgil and Goldie Macy and her husband Donald Ferguson.

A Celebration of Life service will be held January 24, 2020 at 6:00 pm at the Campbell-Biddlecome Funeral Home, Seneca, the family will receive friends following the services.
To order memorial trees or send flowers to the family in memory of Georgia C. Ferguson, please visit our flower store.