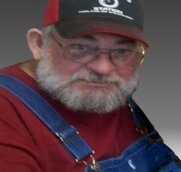 Gary Leon Hignite was born May 21, 1951 in Stilwell, OK the son of Dennis Leon and Mary Ruth (Gaultney) Hignite. Gary formerly worked for Newell Coach. Gary was known best as the “One Eyed Peddler “a name he was proud to be called. He would set up at the north end of Main Street in Seneca and sell fruits, vegetables and once in a great while fresh shrimp. Gary was known to family members as the Junker and by many friends as “Hig”. He loved cars, trucks and most of all, the friendships he made over the years. Gary was a member of Faith Assembly of God Church in Wyandotte, OK.

Gary was preceded in death by his father Dennis and Step-mother Mae and one sister Terry.

A Celebration of Life Memorial Service will be held 11:00 AM, September 12, 2019 at the Faith Assembly of God in Wyandotte, OK with Gary Rhodes officiating. The body has been taken for cremation under the direction of Campbell-Biddlecome Funeral Home, Seneca.

In lieu of flowers memorial contributions can be made to St. Jude’s Children’s Hospital.
To order memorial trees or send flowers to the family in memory of Gary L. Hignite, please visit our flower store.