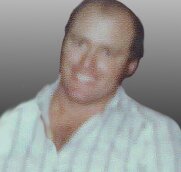 Eddie William Durbin was born May 5, 1951 in Neosho, MO the son of Earl and Nellie (Terry) Durbin. Ed had lived in the area most of his life. He was a 1969 graduate of Seneca High School. Ed worked in the construction business and at the former Atlas Powder in Duenweg, MO until his retirement. He was the life of the party and loved softball, fishing and hunting. Ed was a people person. He loved his family and friends and was a tender-hearted man. Ed will be missed by his family but his memory will live on in their hearts.

Ed was preceded in death by his parents Earl and Nellie Durbin and one brother, Randy Durbin.

The body has been taken for cremation under the direction of Campbell-Biddlecome Funeral Home, Seneca, MO. The Family will hold a Celebration of Life Memorial Service at a later date.
To order memorial trees or send flowers to the family in memory of Eddie Durbin, please visit our flower store.