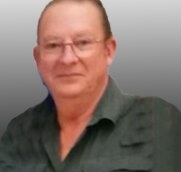 He attended Bryant Elementary and William Chrisman Junior and Senior High. He served in the U.S Army in the early 80’s. After his honorable discharge he started his career as a police officer in his home town of Sugar Creek, Missouri. His police service continued in the City of Branson Missouri and Newton County. Doug married Sharon Salva on June 3, 1995. They were blessed with two children. He ended his full time employment at the Osage Indian Casino working in security.

He participated in High School Cross Country and Track where he excelled. He was a passionate Kansas City Chiefs and St. Louis Blues fan. Fishing with his children was a particularly fond memory for him. He also enjoyed gardening, off-road motorcycles and classic Mustangs. His wry sense of humor and willingness to help were at the core of his being.

Doug passed away unexpectedly on January 28, 2022 in Wyandotte, Oklahoma. He was preceded in death by his parents, brother Gerald McKinney and two sisters Karolyn Elliott and Judith Mason. He is survived by his two children, Jillian McKinney and Brennan McKinney and former wife Sharon McKinney. He is also survived by brother, Paul McKinney (Pam), sister, Karla Kiritsis (Robert) and sister-in-law Adruth McKinney.

He will be dearly missed by those of us who loved him. Rest with God in Eternity.

The body has been taken for cremation under the personal direction of Campbell-Biddlecome Funeral Home, Seneca, MO. Services will be held at a later date.
To order memorial trees or send flowers to the family in memory of Doug McKinney, please visit our flower store.