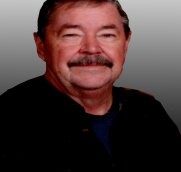 Donald Dee Davis was called home to be with the Lord on Thursday, April 4, 2019.

Donald was born to Leslie Davis Sr. and Elvena Davis-Wehmeier on October 6, 1939 in Post, Texas. As a child, Donald and his family moved to rural Seneca, Missouri. While in high school at Seneca High, he met his future wife, Carol.

Donald was a proud member of the United States Navy and was part of the Navy Airasron 29 from August 1, 1960 until January 25, 1965. Upon completion of his duties with the United States Navy, Donald and Carol returned from California to the Seneca area to raise their young family. Donald was a career auto body man and worked for B.F Goodrich, as well as for himself, until retirement.

During his retirement years, Donald and Carol traveled the Country in their RV. Donald and Carol were avid travelers and loved all of the friends they met along the way. In addition to his travels, Donald loved to fish. He was an avid outdoorsman and spent some of his best days out on the lake.

Donald was a devoted husband, loving father, and doting grandfather.

Donald was preceded in death by his parents Leslie Davis Sr, Elvena Davis-Wehmeier and Walter Wehmeier ; one son, Darren Davis, siblings, Florence Jones, Leslie A. (Lad) Davis and David Davis. Donald’s family is comforted knowing he has been reunited with his wife and son in heaven.

To order memorial trees or send flowers to the family in memory of Donald Dee Davis, please visit our flower store.