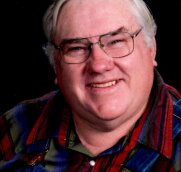 Don Olen Drake, 65, went to heaven to be forever with his JESUS, his LORD, at 5:55am on November 1, 2020 from a sudden illness. Don was born on May 18, 1955 to Herbert Earnest and Reeta Marie (Christerson) Drake and had lived on his home place in rural Seneca all his life. He had attended Thompson Grove one room schoolhouse, Westview School and then graduated from Seneca High School in 1973. Don had lived a blessed life filled with laughter and was always happy to visit with anyone, especially after his heart problems in 2018 when the Lord healed his heart without surgery. He enjoyed being a Christian and was a member of Swars Prairie Baptist Church. He was raised on a farm and learned his work ethic from his parents and brothers. Don was a farmer, logger, mechanic, tractor puller, pulling track blade man and could ride a tractor for hours. He loved baling hay and helping friends and neighbors. As most farmers are, he could fix about anything to make it work. He and Beth traveled with family for years to Louisville, KY for the National Farm Machinery Show and tractor pull and then would travel on to visit friends. They enjoyed many hours together over the years looking at the countryside on their travels.

He enjoyed farm auctions in person (mainly to visit with people there) and later online auctions. He was raised on Farmall and International tractors and was always looking for another “RED” tractor to add to his collection.

The Lord had blessed him in so many ways. Don was always concerned about people he knew that did not know the Lord and His plan of salvation. Don would wake up in the night and he would pray for them and then listen to the Bible on his phone. He cried many a tear for lost people. Don’s heart for others was as big as he was!

Don was preceded in death by his parents, a sister, Reeta Marie, brothers and sisters-in laws, Ernest Junior Drake and Dora Mae, Norman Drake and Margie, and father-in-law Kenneth Chester.
Don’s little dogs, Marty and Bandit that rode in the tractors with him, also preceded him.

Viewing will be held from 1pm to 5pm, Tuesday, November 3rd and 9am to 6pm Wednesday, November 4th at the Campbell-Biddlecome Funeral Home in Seneca, MO. The family will hold a private graveside service.

In lieu of flowers, memorial contributions may be made to the Missouri Baptist Children’s Home at Mt. Vernon, MO in care of the Campbell-Biddlecome funeral home, PO Box 380 Seneca, MO 64865.
We can face the reality of our own mortality because we TRUST IN GOD!
To order memorial trees or send flowers to the family in memory of Don Drake, please visit our flower store.

There is no formal visitation with the family present. Family and friends may view and sign the guest book during the times listed above.

There is no formal visitation with the family present. Family and friends may view and sign the guest book during the times listed above.