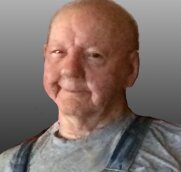 Dennis Leroy Brake, 82, Seneca, MO pass away September 7, 2020 at his home in Seneca after a long illness.

Dennis Leroy Brake was born November 18, 1937 the son of Dennis M. and Gladys (Arnold) Brake in Salina, Kansas. Dennis was a proud carpenter and member of Carpenter’s Union Local 311 Joplin, MO. Dennis served his country in the US Navy. He always believed in buying American is being American. Dennis retired as a carpenter in 2000. After he retired his life revolved around his children, grandchildren and great-grandchildren. Knowing Dennis was an experience and you never had to question what he was thinking.

Dennis was preceded in death by his parents, one daughter, Cari Lynn Brake Ryan, one son, Denny Douglas Brake and one sister, Patricia Harmon.

The body has been taken for cremation under the direction of Campbell-Biddlecome Funeral Home, Seneca, MO. The family will hold a celebration of life service at a later date.
To order memorial trees or send flowers to the family in memory of Dennis L. Brake, please visit our flower store.