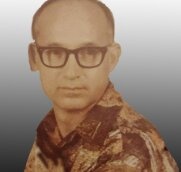 Delbert formerly worked for Montgomery Wards where he was a tire and battery representative in the Automotive Department. Delbert was a United States Air Force Veteran.

The body has been taken for cremation under the direction of Campbell-Biddlecome Funeral Home, Seneca, MO

The family will hold a Celebration of Life Memorial Service later this year.
To order memorial trees or send flowers to the family in memory of Delbert Roles, please visit our flower store.