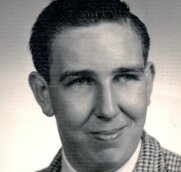 David Lee Woodward was born October 27, 1944 in Bonne-Terre, MO the son of Tom and Pansy (Hartle) Woodward. He was a US Army Veteran serving his country during the Vietnam War. Dave loved fishing, reading and he especially loved being a husband, father, and grandfather. Dave worked as a surveyor for the Missouri Department of Transportation from 1969-2001. After retiring he worked as a Security Guard for Crowder College in Neosho, MO and he had worked for Sutherland’s in Joplin. Dave served as an Elder for the Seneca Church of Christ for over 20 years. He was known by many children who attended VBS as the voice of God. In later years Dave enjoyed going to the Church and playing dominos with the guys.

Family and friends are welcome to come to the funeral home Saturday, May 23, 2020 from 9:00 am to 5 pm for viewing. The body will be taken for cremation following the viewing. A memorial graveside service with military rites will be held at the Seneca Cemetery 2:00pm Sunday, June 7, 2020 with Jake King officiating. Arrangements are under the direction of Campbell-Biddlecome Funeral Home, Seneca, MO.


To order memorial trees or send flowers to the family in memory of David Woodward, please visit our flower store.

Viewing for family and friends will be held from 9am to 5pm Saturday. Following the viewing the body will be taken for cremation.