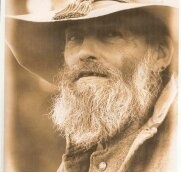 David Lee White was born March 28, 1947 in Pueblo, CO the son of Jessie Lee and Gladys ( Cloninger ) White. David served his country in the US Army he also served in the US Air Force.b David retired from the Kansas City Missouri Water Department after more than 20 years service. He was a Christian and a member of the Seneca United Methodist Church. David loved dogs, and loved Civil-War re-enacting. David was a strong, committed and kind man who loved his family.

A Celebration Of Life Memorial Service will be held at 11:00 am, Saturday, March 2, 2019 at the Seneca United Methodist Church with Rev. Marilyn O'Brien officiating.
To order memorial trees or send flowers to the family in memory of David L. White, please visit our flower store.