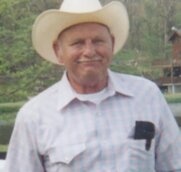 He leaves behind a sister Virginia Buening of Neosho. He leaves behind 6 children. Belinda & Mark Barnes of Goodman, David & Mary Buening of Neosho, Robert & Tina Buening of FL, Bill & Janet Buening of Diamond, Kathy & Fred Jennings of Goodman, Rogar & Andrea. Buening of FL. The mother of his children Alta Muth of Seneca. His late life love companion Evelin Lucus of Seneca and his little buddy Connor. He also leaves behind 33 grandchildren and 78 great grandchildren, several nieces and nephews. He was preceded in death by his father and mother William and Flossie Buening, his 2 brothers, Gordon Buening and Roy Buening, two sisters Ruby Buening Nellie Buening , 2 grand daughters.

He was in the US Army from 1953 to 1957. He spent most of that time in Japan. He was a carpenter, and a ferrier as well as training horses for many years. He also raised dogs for a few years before retiring. He loved to fish and spend as much time as he could with his family. He was very proud of every one of them...

Funeral services will be held at 1:00 PM, Saturday, March 9, 2019 at the Campbell-Biddlecome Funeral Home with Freddie Jennings officiating. The family will receive friends following the funeral service from 2 to 3 pm. The body will be taken for cremation following services.

To order memorial trees or send flowers to the family in memory of David R. Buening, please visit our flower store.

Visitation will begin after funeral services.